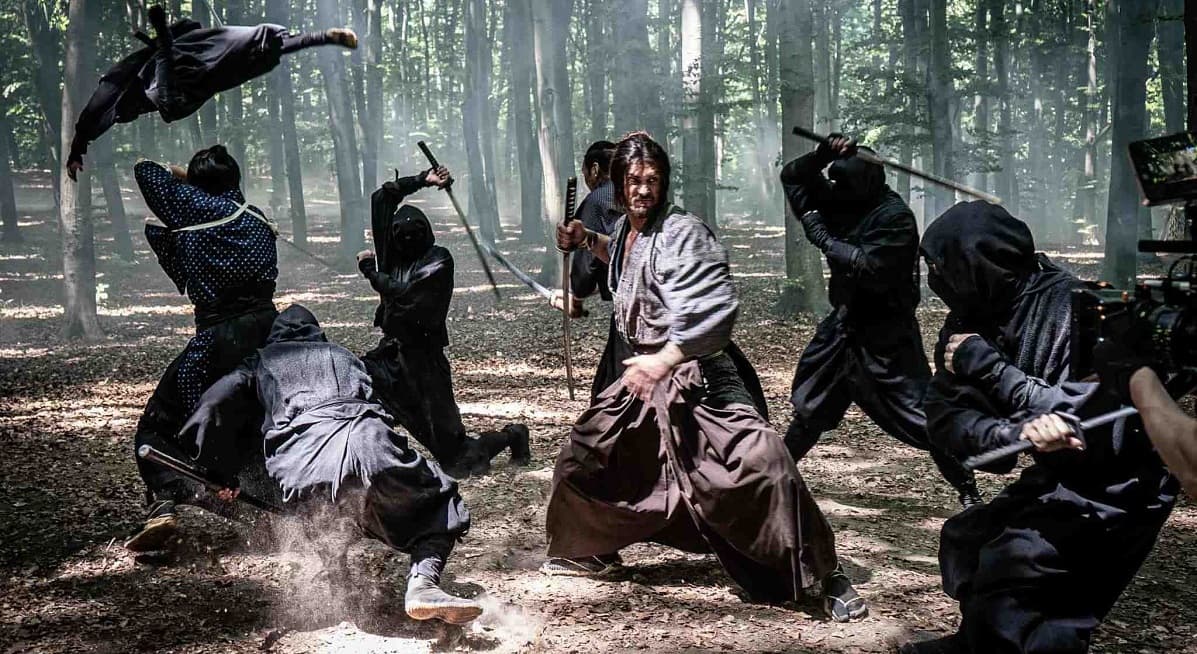 The film directed and written by Roman Perfiliev “Inglourious slaves”, shot in the style of legendary Directors Akira Kurosawa and Quentin Tarantino for the Ukrainian way, is expected in Ukrainian cinemas on December 10, 2020.

“And while you enjoy the warm weather and travel the picturesque expanses of Ukraine, Hollywood is closer than it seems, – say the creators of Ukrainian action Comedy.

American cellist of Chinese origin Tina Guo became a solo performer of one of the soundtracks of “Inglourious slaves”. Its author is the well-known European composer Dario Vero on Netflix.

Tina Guo, a star of the classical and rock scene, in her blog on Instagram presented a video with the soundtrack to the film “Inglourious slaves”.

Files sent from Las Vegas to Rome ✅ Thank you @_dario_vero_ for having me play on your soundtrack!

In addition to the cello, Tina Guo will also play an old Chinese two-stringed violin called “Erhu”. This instrument was used by the creators for the musical design of scenes with ninja, the main scenes are accompanied by a cello performed by the musician.

“We recorded cello and Erhu scores remotely. I was in Las Vegas. Dario and I discussed every move I made, but he trusted my decision. Therefore, the soundtrack is a unique blend of Western-Eastern style with a philosophical concept close to me about the way of the warrior” – comments your participation in the project Tina Guo.

According to the creators, “Inglourious slaves” is such a non – standard film for Ukrainian cinema that only the most popular Hollywood cellist with a unique style of performance can create a special Asian-military flavor that would transport the viewer to another reality. A musician who understands history, Asian culture, and even metaphysics.

The soundtrack is dedicated to the exciting adventures of two samurai. Under the crunch of the bones of pompous scum, they save the world, and most importantly-the belief in love and that victory is only our choice!

In General, the musical accompaniment to the action-adventure “Inglourious slaves” by Roman Perfiliev was written by the well-known European composer Dario Vero on Netflix. One of the film’s soundtracks was recorded by popular rap artist Alina Pash.

By plot action in the film takes place in 1844. Escaping from the persecution of the Emperor of Japan, a samurai enters the territory of Ukraine. By chance, he meets a young Taras Shevchenko, whom he decides to teach techniques of traditional Japanese martial arts. Together, the heroes begin to fight for the freedom of the Ukrainian people.

Watch the official teaser of the movie “Inglourious slaves”: video

Director and screenwriter of the film, shot in the genre of adventure comedy – Roman Perfiliev (“The hill of hell”). The operator is Dmytro Nedrya.

The role of Taras Shevchenko is performed by Roman Lutsky, in the image of the samurai Akayo — Sergey Strelnikov. Also, the main roles in the film are performed by: Yakov Tkachenko, Gene Seto, Catherine Slusar, Andrew Boris, Andrei Malinovich.

The project of Director Roman Perfiliev became the winner of the Patriotic film competition, which was organized by Ukrainian state film agency. The film received a budget of 24.5 million UAH, 19.6 million UAH of which were allocated by the government.

The film was produced by Kristi films, with the support of Star Media, The government of Ukraine and the Ministry of culture, youth and sports of Ukraine.

“Inglourious slaves” is another attempt to modernize the figure of the great writer and make it popular for young people. What will happen if Taras Shevchenko puts down his pen and picks up a samurai sword? We’ll find out on December 10.

“The other Franco”: group “Pikkardiyska tertsiya” released the soundtrack to biopic