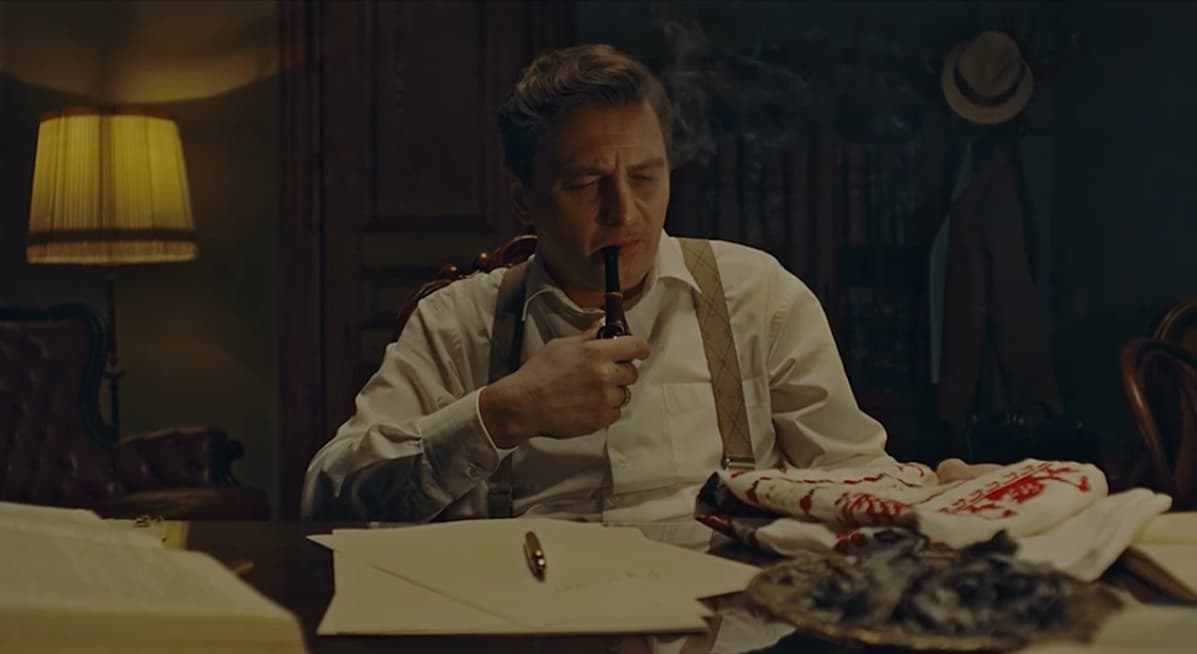 The historical and biographical drama “The other Franco” directed by Igor Visnevsky released the soundtrack “Розпрощався стрілець” performed by the vocal formation “Pikkardiyska tertsiya”. The new release date of the film – August 2021 – has also become known.

The premiere of the song, which was the Ukrainian folk song “Розпрощався стрілець”, took place together with a video that included unique, not yet presented in trailers, footage from the future tape “The other Franco”. The release of the soundtrack was dedicated to the Independence Day of Ukraine. The film itself, dedicated to Ivan Franko’s son – Petro, as reported in the description of the premiere video, will be released on big screens exactly one year later – in August 2021 and will be timed to the 30th anniversary of Independence of Ukraine and the Franko days.

“Our film story about Petro Franco takes place against the background of historical events in Ukraine. We are talking about the period of 1910 – early 1940”, – said the producer of the film Dmytro Kravchenko – “The Ukrainian song “Розпрощався стрілець” is well connected with the plot of the film. And it is symbolic that the soundtrack is performed by the Lviv team, because the life of the main character was very closely connected with Lviv.”

The song was arranged by Volodymyr Yakymets, recorded, mixed, mastered by Virtuoso Records (sound engineer – Bohdan Nestor), and video – Ganza Film with the support of the Ministry of culture and information policy of Ukraine.

According to the artistic Director of the group “Pikkardiyska tertsiya” Volodymyr Yakymets, the song “Розпрощався стрілець” is considered folk, but, according to their own guesses, its author could be from the cultural and educational formation of Ukrainian Sich Riflemen.

“From the same circle – Mykhailo Gaivoronsky, Roman Kupchynsky, Bogdan Lepky, who left us a whole layer of riflemen songs. And Petro Franco, that ” the other Franco”, was in Sich Riflemen. So everything is intertwined”, –  says Volodymyr Yakymets.

“The other Franco” is a historical, biographical drama about Ivan Franko’s son, who lived a life full of achievements and adventures. June 1941, at the Franko’s estate in Lviv – an unexpected guest. This is an old friend of Petro Franco – Andriy Gryschuk. Side by side –through the darkest years and events. They stood together at the origins of the scout organization “Plast”, they fought for the love of one woman, two military pilots, they escaped from a burning plane, got out of captivity, in the Soviet Kharkiv did not let children die of Starvation. Now the world is on fire in world war II. Who and what role will they play in the story? A story of friendship, rivalry, and love.

Watch the first extended teaser of the movie “The other Franco”

By the way, earlier a Cappella group “Pikkardiyska tertsiya” created the soundtrack to one of the leaders of Ukrainian rental – a fantasy film “The stronghold“.

“Taras. Return”: presented the soundtrack and announced a new release date for the film