French actor Robert Hossein, known for the role of Joffrey de Peyrac in the series of films “Angelica”, will receive the honorary award “Scythian deer” for artistic contribution to world cinema from the 49th KIFF “Molodist”.

According to the press service of the film festival, since the 1990s, the Kyiv international film festival “Molodist” has a tradition of awarding the creators of world cinema. This year at the film festival, the award will be presented to the outstanding theater and film actor, director, producer and writer to Robert Hossein, whom the audience remembers from the role of Joffrey de Peyrac in five French historical and adventurous films about Angelica.

“During his life, he managed to play more than 100 roles in theater and cinema. We are very pleased that the name of Ossein is associated with Kyiv, his mother Anna Minevskaya grew up and studied in Kyiv”, – commented art director of the KIFF “Molodist” Andrii Khalpakhchi. 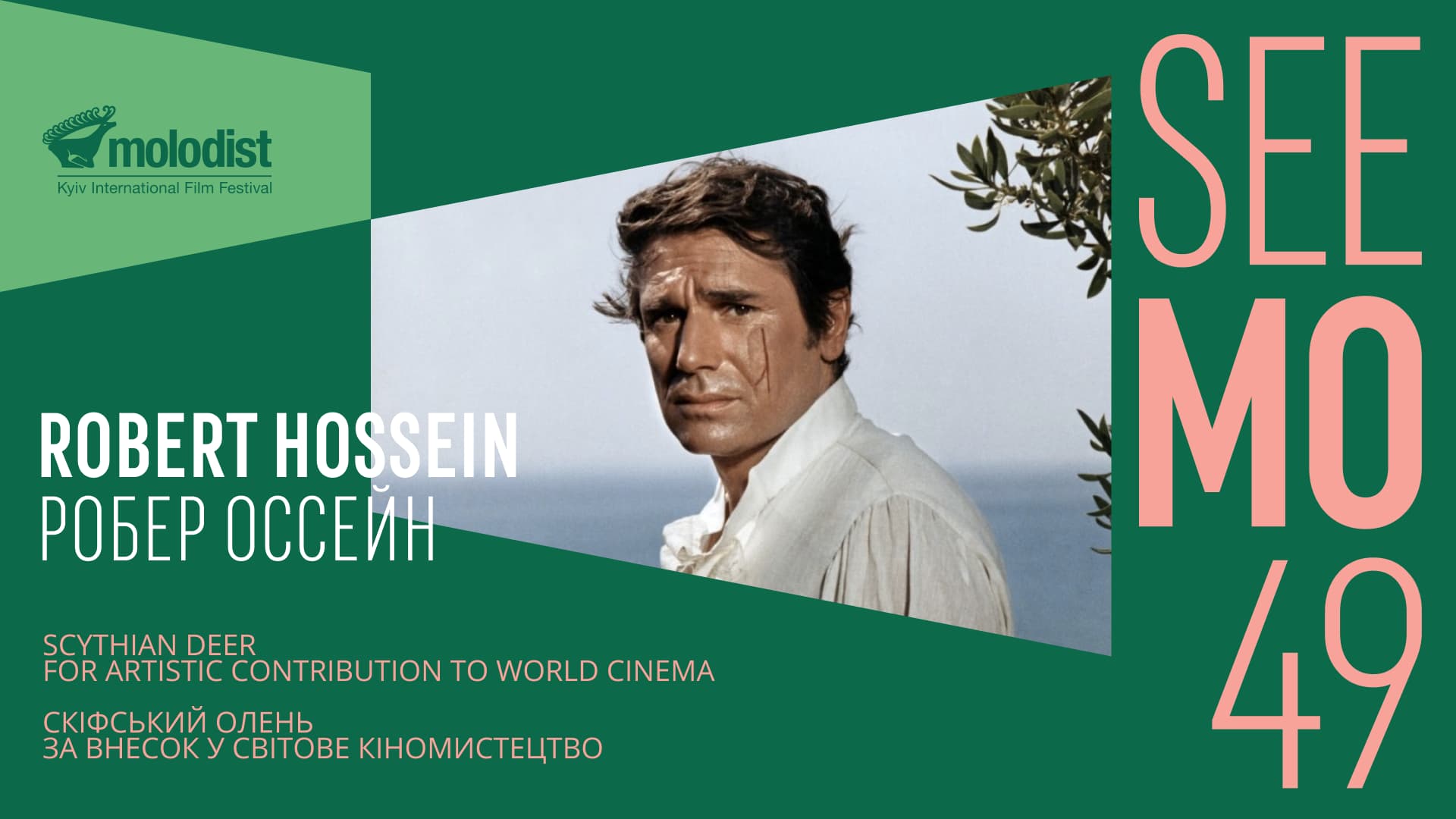 Robert Hossein was born on December 30, 1927 in Paris. The future actor and Director grew up in a family of musicians. At the age of 15, Robert began to study in a theater circle. Later, he performed at the Paris “theater of horrors”, where he also staged plays.

In 1954, Robert Hossein made his film debut In Paul Cadeac’s “Quai Des Blondes”. He was widely known for his roles in the Angelica film series. From 1970 to 1979, he headed the national people’s theater in Reims, then in Paris at the Palais des sports staged epics with huge extras: “Danton and Robespierre” and “A Man named Jesus”.

Recall that KIFF “Molodist” will be held on August 22-30 in online and offline formats. Among more than 150 films from different countries of the world (the full program of the festival can be viewed by link) the festival will present the new work by Roman Balayan “We Are Here…. We Are Near”, films by Serhiy Bukovsky “V. Silvestrov”, Vyacheslav Kryshtofovych “Forebodings“, Korniy Hrytsiuk “Train: Kyiv-War”, Cyprien Clement-Delmas and Igor Kosenko “Boy of war”, Sashko Protiah “Life outside CV”, Yarema Malashchuk and Roman Himey “New Jerusalem”, Vladyslav Vasylchenko “Living on the Volcano” and others.

The main location of the festival will be the “Zhovten” cinema, which will show competitive and non-competitive programmes, including Ukrainian openings. “Cinema House” will host a series of festival screening. Also under the Peoples’ Friendship Arch the Opening and Awards Ceremonies will take place there, as well as “Molodist Teen Sсreen” children programme screenings, Ukrainian openings and special events, including the screening of Stanislav Kapralov’s film “Let it snow” co-produced by the United States, Ukraine and Spain.