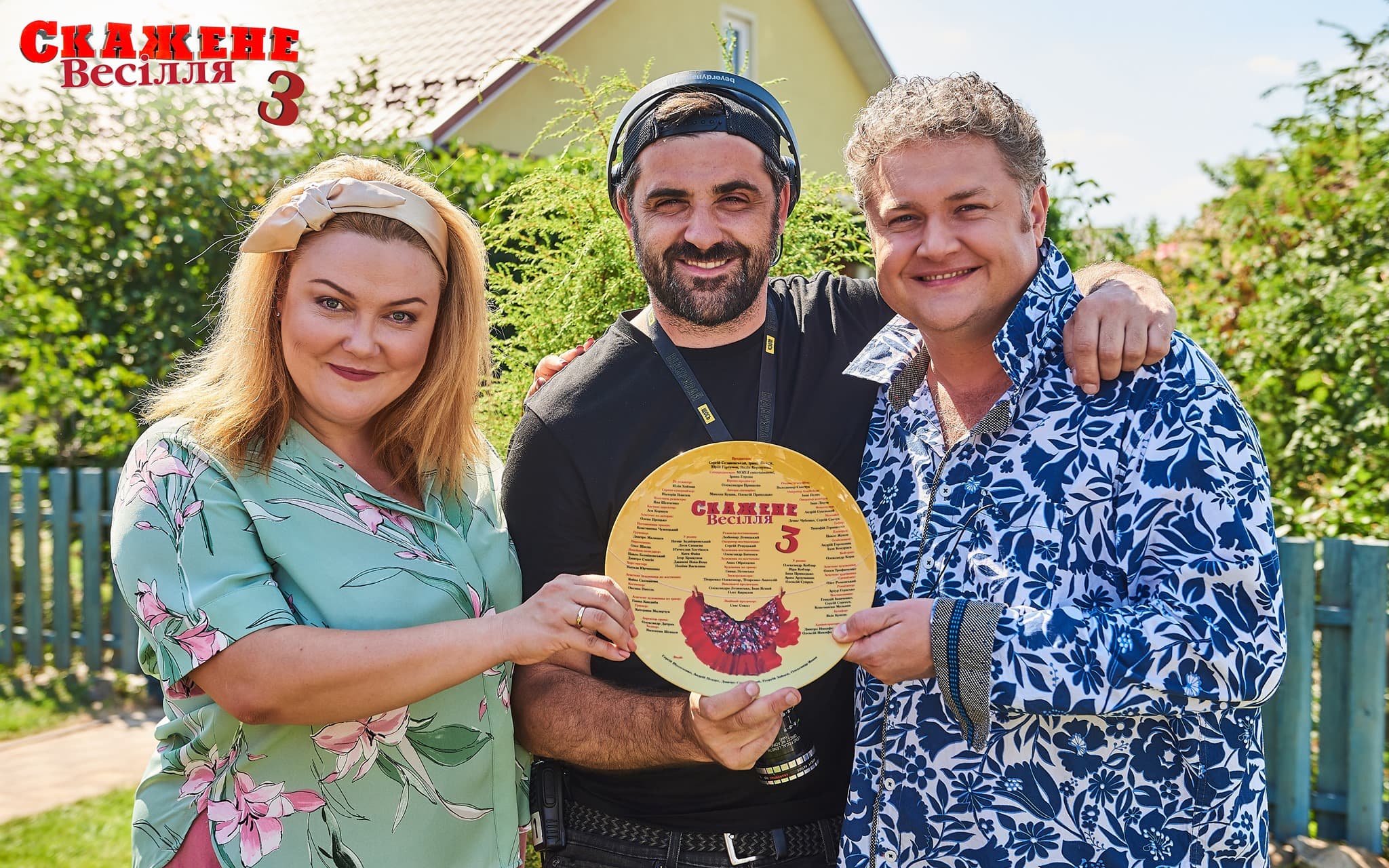 Even more surprises, star actors and high-quality Ukrainian humor – all this is promised by the creators in the third part of the comedy film franchise “Crazy wedding”. The plate in honor of the start of shooting has already been broken.

On August 5, the shooting of the sequel to the сomedy film “Crazy wedding 3” began – informed filmmakers Film.UA Group. – Already in 2021, Ukrainian film lovers will be able to watch the film.

“The third part will be just explosive! We promise a lot of Gypsy color and drive – there will be chases again, and even horses, people, a Gypsy chaise and, even, a Gypsy camp right in the yard of Vasily. Imagine all the variety of Ukrainian-Gypsy wedding, it is incredibly bright and fun, a real flurry of emotions and colors”, – said the film’s producer and performer of the role of toastmaster Nazariy Zapukhlyak Yuri Gorbunov.

The plot of the future picture tells that four years have passed since the events of the last movie. 18-year-old Zakhar found his love and decided to get married. She is the daughter of a Gypsy Baron, he is the youngest son of Vasily Seredyuk – and despite the fact that Zakhar is ready for something-after two weddings of older sisters, everything can go wrong according to the wedding plan, especially when the elder Seredyuk is in the midst of a midlife crisis. 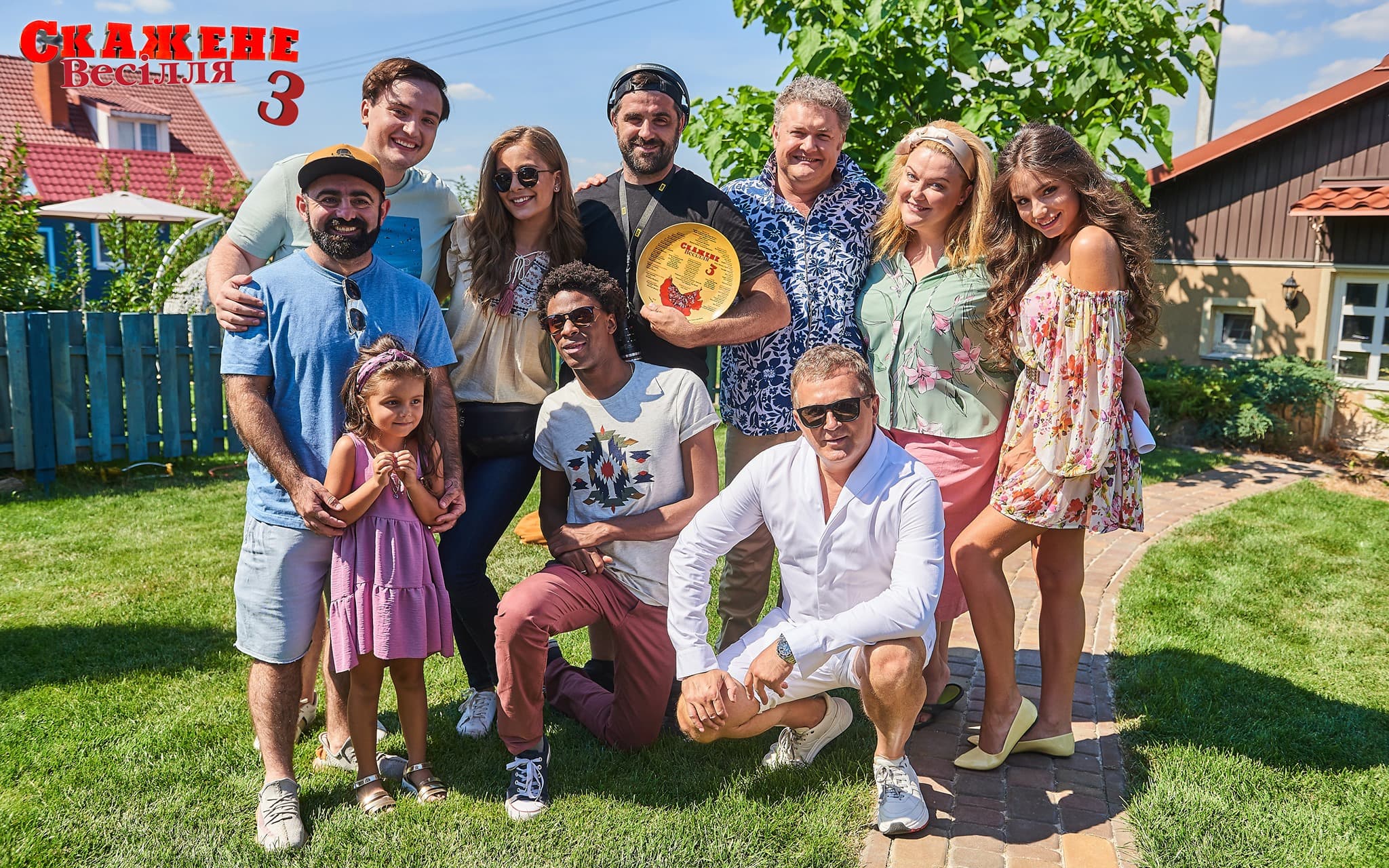 In addition to the Seredyuk family, new adventures are waiting for other familiar characters of the Comedy: a guest from the Grushevsky monastery – the abbess herself-will come to father evlampy on a diplomatic visit! Colonel Popadyuk will continue to work on the growth of crime detection statistics, and a new passion will appear in the ardent toastmaster Nazariy Zapukhlyak. And, of course, what kind of Ukrainian wedding will do without Oleg Vinnik!

In the continuation of the Comedy, already familiar stars of the project will appear – Yuri Gorbunov, Potap, Alexey Zavgorodny (Positive), Alexey Suprun (Peter Bumper), MONATIK, Oleg Vinnik. But who the new star will appear in the triquel this time, the filmmakers promise to reveal later. 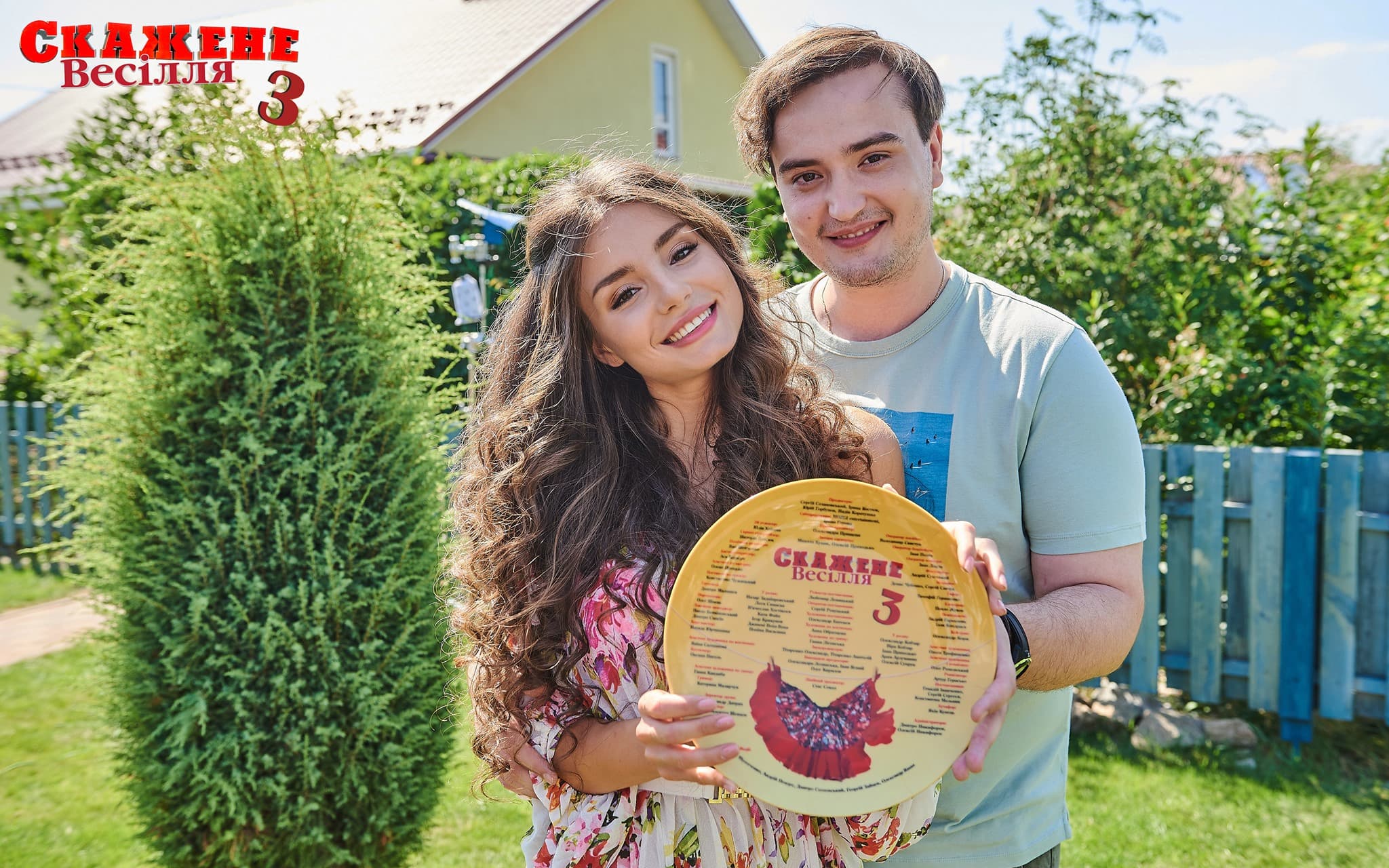 The role of the bride’s father, the Gypsy Baron, will be performed by the Director, theater and film actor, head of the Romani theater “Romance”, people’s artist of Ukraine Igor Krikunov. Also in the film will play a popular performer of Gypsy origin, Honored artist of Ukraine Pyotr Cherny. In addition, he will become a consultant to the project in order to preserve the authenticity of all Romani traditions and rituals. Right now, we are working on a real Gypsy wedding dress and a Gypsy chaise.

The world of “Crazy wedding 3”, as well as the first two parts, will grow thanks to the efforts of Film.UA Group and Prototype Production, co-producers again will be Yuri Gorbunov, Irina Kostyuk, Nadezhda Korotushka, founders of Mozgi Entertainment Irina Gorova and Alexey Potapenko (Potap), and sound producers – Potap and Positive. Distribution of the film “Crazy wedding 3” on the territory of Ukraine is handled by Kinomania and Film.UA Distribution, which is also responsible for international sales. The triquel will be directed by Lubomir Levitsky.

The film will be shot in Kiev and the Kiev region during August and September. The tape is scheduled for release in 2021. 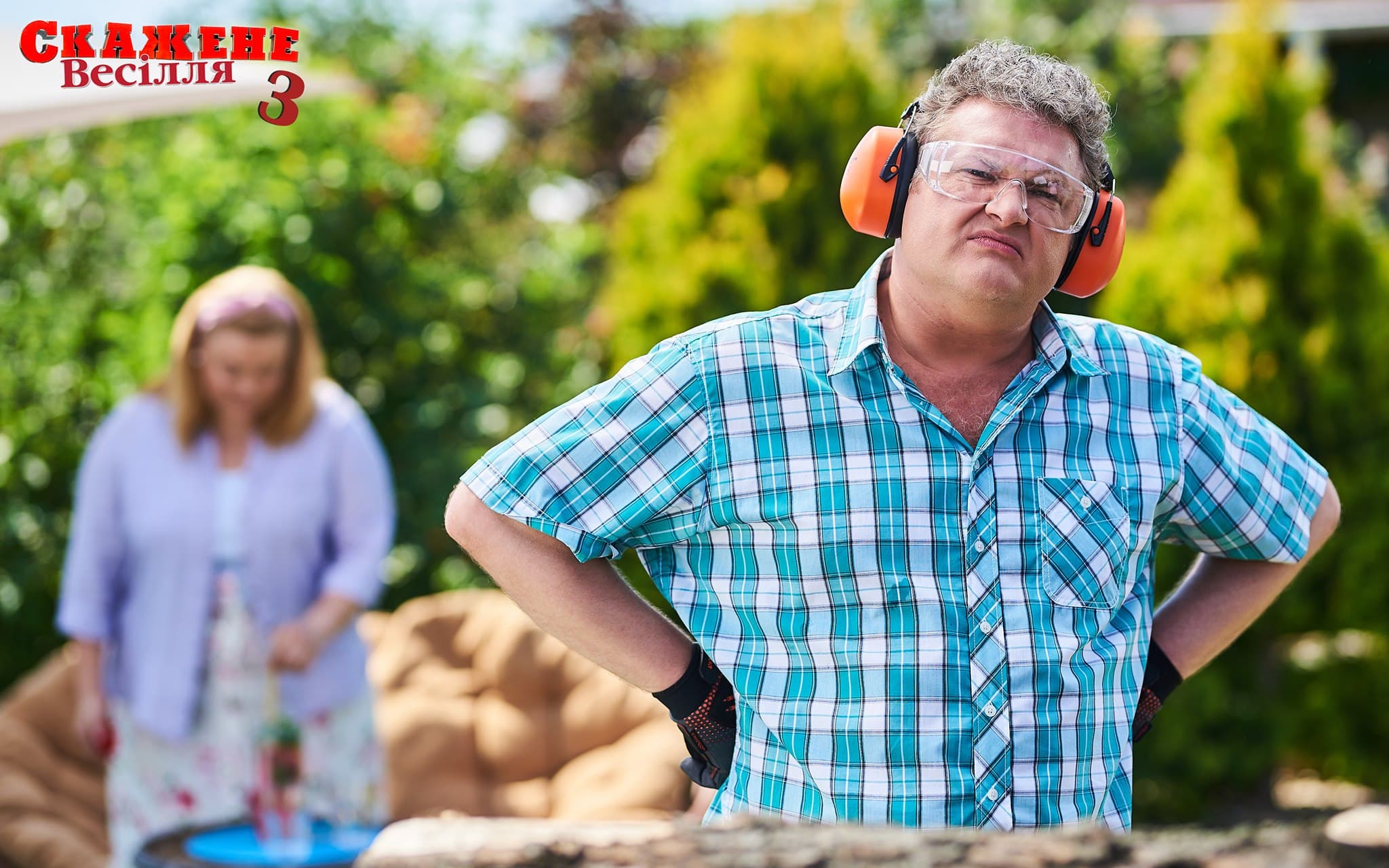